Today was the day where we get this delivery ball rolling! I reported to the hospital that afternoon (after working my last day at work… from home, of course, but it was a great distraction). After a whole lot of paperwork, I was admitted to Labor and Delivery.

I got hooked up to all the monitors. Tests happened. My OB came. Everyone confirmed that my cervix was still very much closed. And then the induction started with a small thing that was shoved all the way up my cervix and left there for 12 hours.

I started cramping. I felt some contractions but, for the most part, the cramps just felt like one large period. A couple of friends came to visit. I slept. I was told nothing would really happen until the next day anyway. So far, so good?

Another day, another exam. I was hoping to be at least a little dilated today, but nope. The OB checked and say my cervix was a bit softer (good news!), but my pelvic bones are very close together. As in, too close. A baby - even a small one - has no chance of fitting through my tiny pelvis.

So… c-section it has to be.

That was unexpected: A gross understatement

The plan through my entire pregnancy was to have a vaginal delivery. Not like I had a proper birth plan. My “birth plan” was basically to get the kiddo out of me as safely as possible and to give me as many drugs as possible along the way. We all agreed that vaginal was the most likely route because it would be the least traumatic for everyone, since that’s the natural way to go.

No one expects a ridiculously tiny pelvis.

After a (more than) mild amount of freaking out, it was finally time for the c-section. Let me tell you, my panic attacks were pretty epic. This was my first surgery ever. My first time on anesthesia. My first major panic attacks in about 15 years. Oh, and I had to finally come out to my mom about my anxiety diagnosis (from 2001). Which was… ~great~ ugh.

I walked (yes, walked!) into my first OR ever, where I chatted with the anesthesiologist about music. As one does. He likes to jam during surgeries. (Really, I think he must have read my mind.)

After trying to explain my taste in music (I mean, I rarely find another fan of folk and bluegrass music “in the wild”), he plugged “contemporary folk” into Pandora and we were in business.

First song up: One Voice by the Wailin’ Jennys. The perfect start. (Incidentally that song is still earwormed 2 days later and occasionally makes me cry. Love it.)

I felt myself slowly go numb from the chest down. They erected a giant curtain in front of my face at some point and stretched my hands out. I closed my eyes and zoned out to the music.

I actually don’t remember too much from the procedure itself. I never felt the incision. I remember someone (the anesthesiologist, I think) saying that he saw her head. Something by Norah Jones was playing on Pandora. (For the life of me, I can’t remember which song, but I really wish I could remember that.) I heard her cry. Briefly. She was actually a really chill baby considering, well, the birth process.

Amelia Jade Halabi was born on Tuesday, July 31, 2018, at 1:40pm. She was tall and skinny at birth, measuring in at 21” and weighing 6lb 14oz. She was born with a head full of medium brown hair and, surprisingly, gray eyes. 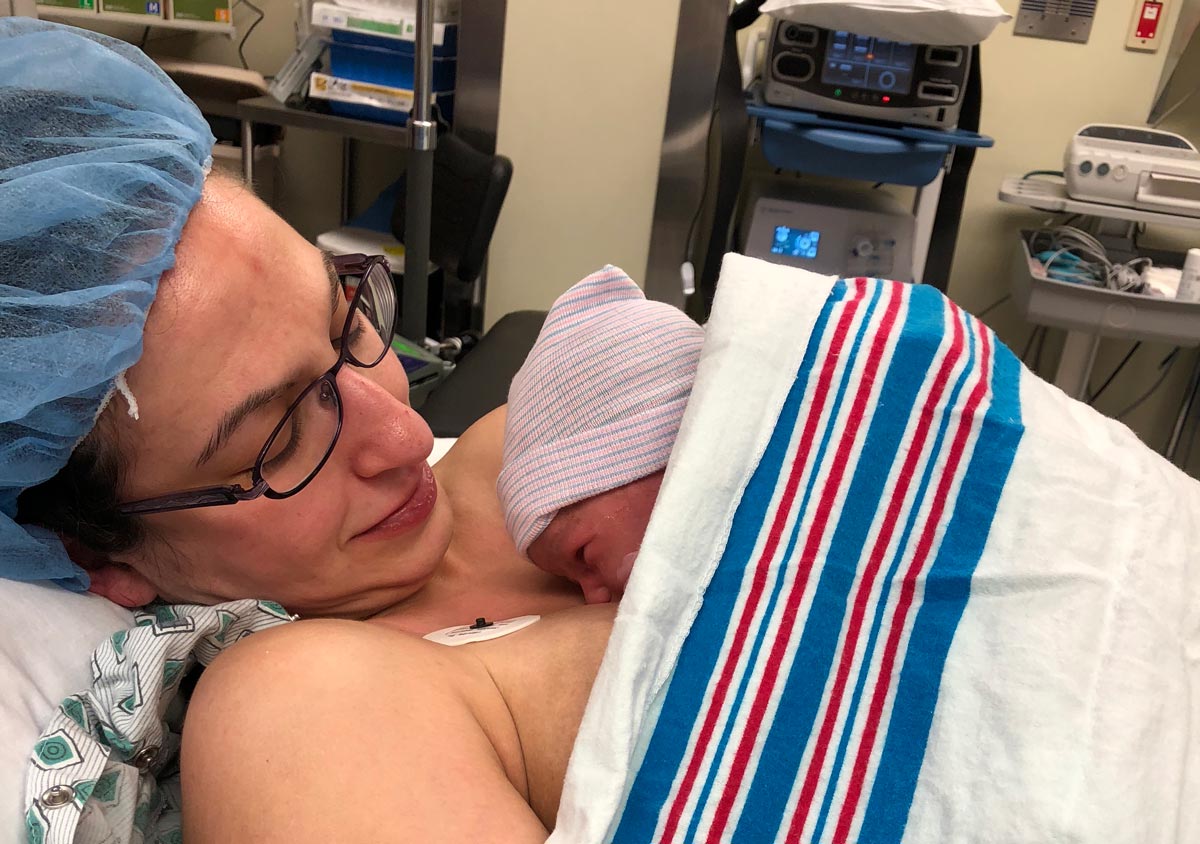 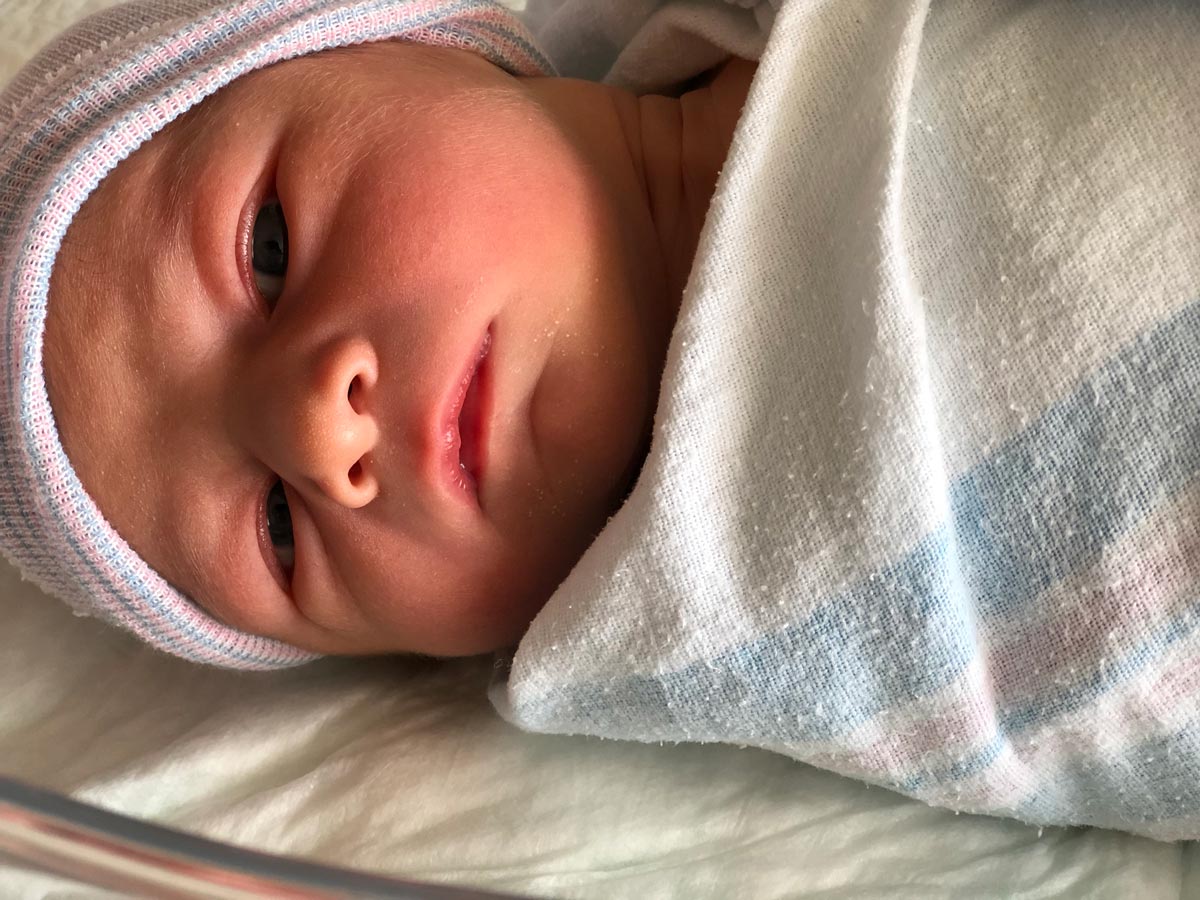 I will write more later about her first couple of days of life. It’s been a long, but wonderful, couple of days. She has a full head of straight brown hair. (I’m sure it will curl as soon as we leave the hospital.) She has gray eyes. She is a master of eating, sleeping, and, of course, crying her brains out. She is doing great job at keeping us on our toes.

I am trying to piece together the playlist from Amelia’s delivery. Dorky, I know, but music is realy important to me. Here is what I remember: